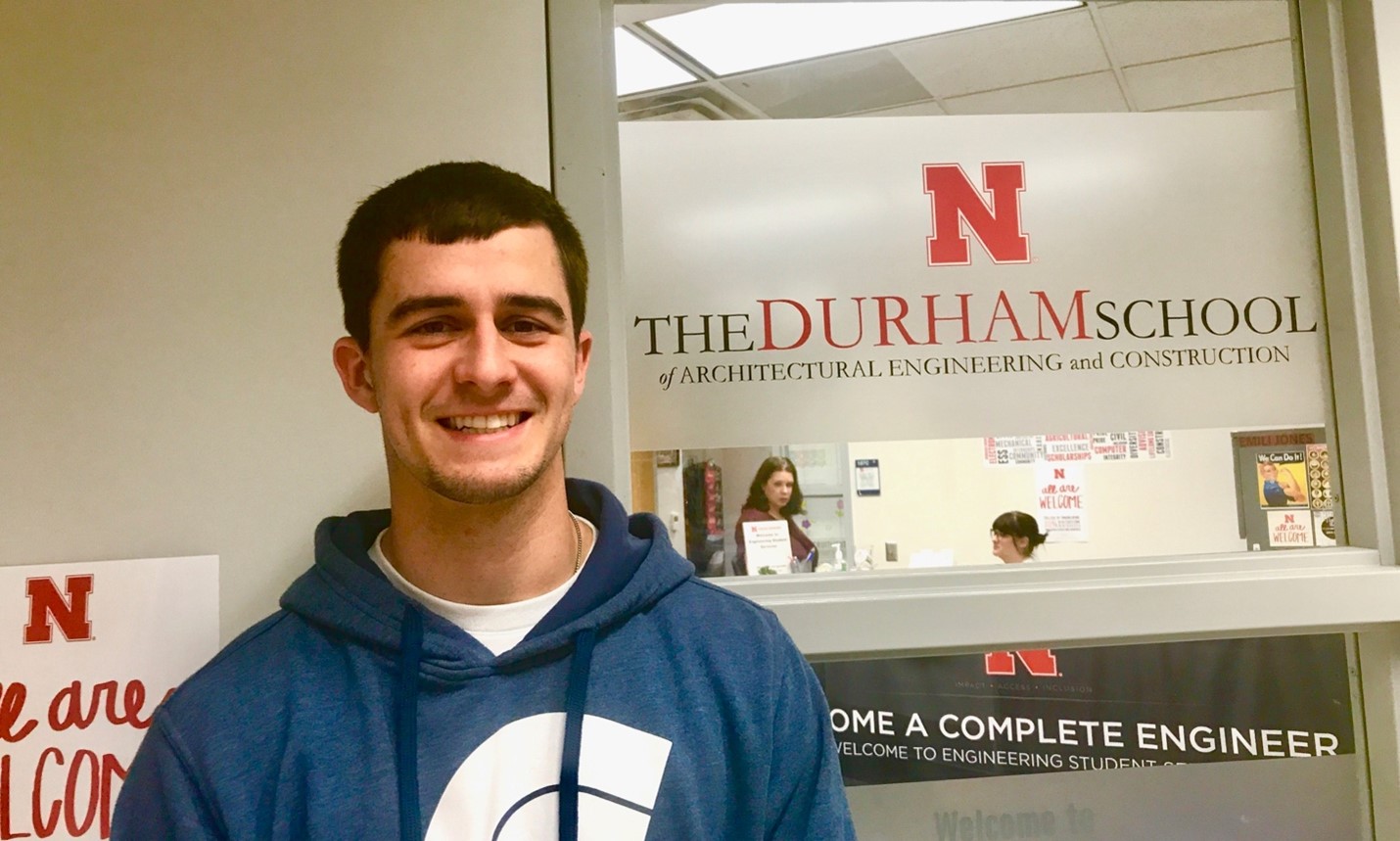 Last year, the Stephens & Smith Golf Outing raised just over $2,500 from our Annual Golf Tourney.  All proceeds from the Annual Golf Tournament go towards deserving students enrolled at either a 2-year or 4-year construction program in Nebraska.  In addition, the scholarship committee awarded $500 towards a newly developed AGC student chapter at Metropolitan Community College in Omaha.  Here are short bios of our four student scholarship recipients.

Allow us to introduce Mr. James Hale. James is our first 2018 Scholarship recipient. He is a 5th quarter Building Construction Technology student from SCC-Milford and he graduates this June.

James lives in Lincoln and his hometown is Grand Island.  He experienced a great time through his teens as a hockey player and played on a semi-pro team but decided that he wouldn’t make enough money pursuing hockey as his career.  That’s when he decided to come to the Building Construction Program.

Cory is originally from Duncan, Nebraska and is a Junior Construction Management Major at the University of Nebraska.  He is the current Secretary for the AGC Student Chapter.  He recently worked for NGC as a Project Engineer.  As a Project Engineer, Cory worked with subcontractors, submittals, and assisted the project manager and other superintendents.  Prior to NGC, Cory interned with RVW, Inc., where he was a field inspector for different telecommunication projects.  Cory stated, “I have always been drawn to the construction industry even at a young age when the only items on my Christmas list were tools and a tool belt.”

Mr. McDonald is a current sophomore majoring in Construction Management at the University of Nebraska-Lincoln. Brady is a Lincoln Southeast native who competed in football and basketball. During his freshman year, he attended Hastings college on a basketball scholarship but soon realized he wanted to return to Lincoln and pursue his interest in construction management at UNL.

Brady worked as an intern for Constructors last summer. He has a true excitement for construction. He described late-night placements and early morning starts as hard work, but he enjoyed the planning and execution of the work that was required to build something new.

As many employers are aware, in any career path, reliability, dependability, and good work ethic is what we all look for in our employees. It is evident Mr. Brady McDonald carries all 3 characteristics.

Brady is from Glenwood Iowa and is a Junior Construction Management major.  He is a current member of AGC student chapter on the Omaha campus.  He is currently working for Loess Hills Renovation specializing in kitchen and bathroom renovations.  He has volunteered for various Special Olympic programs for the past eight years.  Wheeler believes volunteering for the Special Olympics, he’s learned important values such as, compassion, leadership, organization, and promoting an individuals self-worth.

After graduation, Brady hopes to become a Project Manager or a Foreman for a Commercial Construction Company.  Until then, he looks forward to gaining more experience at UNO and working hard to succeed in the construction industry.

Congratulations to all our scholarship recipients.  Welcome to the Club!

The Stephens & Smith Golf Outing funds this Scholarship Program through the generous donations and support of industry partners.